According to Star Wine List’s top sommelier jury, Davies & Brook has the best Rhône Wine List in the UK. The venue was awarded the Gold medal in the category, presented by Côtes du Rhône.

”We were very impressed with the Rhône selections in general in the UK, especially we found some great verticals and also some more quirky lists. What we liked about this one was the balance of the two; the iconic wines but also the up and coming. The price level was also great, and how they showcased the wines by the glass. This was maybe not the biggest list, but very well put together, showing the regions and their diversity,” says jury member Pascaline Lepeltier.

”We feel so honoured and proud to be recognised for this award. The Rhône Valley is a very important part of our wine program here at Davies and Brook and a region for which I have a personal attachment. I studied in Tain L’Hermitage for a few years and totally fell in love with the wines.”

The wine program at Davies and Brook is generally focused on the old world and France in particular. The American selection was curated with the help of some amazing wineries that Gabriel has built a strong relationship with over the years. There is a specific focus on Burgundy and the Northern Rhône Valley vineyards since the wines produced in these regions are very well suited to pair with Chef Daniel Humm’s cuisine, Gabriel explains.

”The list showcases a very large and diverse selection including some rare and collectable wines, but I also wanted it to be accessible for everyone, with amazing value and delicious wines at every price. With this idea, the team and I put together an extensive selection of wines - called Sommelier’s Spotlight- a list within a list, which are wines that we really enjoy drinking. This section is found at the beginning of the full list and  will change constantly, evolving with Chef’s menu and the discoveries of the wine team.”

”Alongside an extensive by the glass program, we also created a large carafe offering, essentially extending the half-bottle selection with roughly 50 wines. The goal of the program is  to be able to offer a large diversity of wine and styles to our guests to ensure we find the perfect wine for each guest and compliment the whole experience flawlessly.”

What's your opinion about the wine scene in the UK in general, and about the other contestants in particular?
”The wine scene in the UK is really unique. I’ve always been impressed by the curiosity and amount of risk taken by guests in wanting to discover new things. It’s an incredible opportunity for the wine teams, who are able to challenge themselves, explore continuously and have fun recommending their new discoveries.”

”This diversity is  perfectly reflected in the list of contestants, all of the restaurants show a real and deep commitment to wine and are definitely my personal favourites!”

The Rhône Wine List category was one of five categories that were held especially for the UK event. Apart from the Gold Star and the honour, Davies & Brook also wins a trip for two to the Rhône Valley, thanks to Côtes du Rhône appellation. 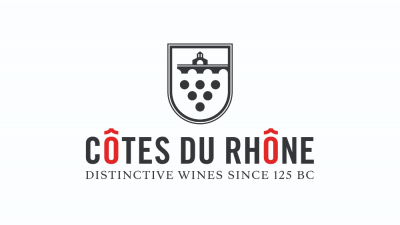 Distinctive wines since 125 BC