With top-ranked sites and a focus on craftsmanship, the Zenato family has established itself as one of the major producers in Valpolicella. Today, they fight to protect the quality of the classic areas.

"Amarone is an incredibly bold and complex wine. A good Amarone is a wine that evokes emotions and creates memories," says Alberto Zenato, who runs the family company with his sister Nadia.

Amarone. Does the name make you think of wines with sweet raisin tones, residual sweetness and forward-fussy fruit? Think again – a classic, high-quality Amarone is more about dryness, finesse, balance and well-structured elegance.

Amarone is also a wine that is the perfect match for many types of food. That is the reason Zenato is listed by top restaurants such as Robuchon au Dôme in Macau, Agostino in Melbourne, Gianni in Bangkok and Restaurang AG in Stockholm, to name just a few.

The unique method of making Amarone – drying grapes to obtain a more concentrated must – goes back a long way. Initially, the grapes were dried to make the sweet wine Recioto, but over time winemakers also learned to make dry wines using the same method. During the 1990s, Amarone had a big breakthrough around the world.

But, as so often when something becomes extremely popular, the great Amarone wines also gained cheaper followers – wines produced from the lower and warmer valley floors. Wines that cost less but also do not have the same level of concentration and elegance.

"In recent years, we have unfortunately been copied by lower-quality versions of Amarone and appassimento wines, but that's how it is when something becomes popular. At Zenato, we continue to do what we've always done. Genuine artisanal wines of the highest quality that can be drunk now or saved for the future," says Alberto.

ONE OF THE MOST INFLUENTIAL PRODUCERS IN VENETO

The story of Zenato begins in 1960 when Sergio and Carla Zenato fell in love with the area around Lake Garda. The area was then undeveloped in terms of wine, but Sergio understood the potential – the lake's coolness, the height of the hills, and plenty of sun exposure were well suited for viticulture. Today, Zenato is considered one of Veneto's most influential and important producers.

Today the family is best known for its sumptuous red wines, but it was the white Trebbiano di Lugana that first put Zenato on the wine map; both fresh and mineral sparkling wines and still white wines in a Burgundian style.

Alberto Zenato is mainly responsible for the vineyards and winery in Valpolicella, Veneto, while sister Nadia takes care of the family's wine production in Tuscany. Over time, the white wines have been overshadowed by the family's high-quality red wines: Amarone, Ripassa and Valpolicella Superiore.

"Having grown up among the vines out in the vineyards and being involved in the winery as a child, it is as if the terroir is as much in my blood as in the soil. I feel a genuine passion for my region and great respect for everything my father managed to create," says Alberto.

Zenato was one of the driving forces when thirteen classic Amarone families came together in 2009 to form the Famiglie Storiche group, intending to show the differences between Amarone and Amarone in terms of craftsmanship, quality and character. The common denominator: the best vineyard locations up on the hills and wines in a drier, more balanced wine style with long ageing potential.

"The conditions up on the hills are simply better for the production of Amarone. Thanks to the altitude, the climate is cooler, so the harvest takes place slightly later. That gives more concentration and complexity to the grapes," says Alberto Zenato.

"This also affects the drying process of the grapes as it takes place later in the season when the air is cooler, and the evaporation is slower and more gentle – which gives a wider aromatic range and greater complexity in the finished wine."

Alberto believes that the work Famiglie Storiche has done over the years has been successful but that there is still work to be done to make consumers understand the difference between Amarone and Amarone.

"Quality always costs money, and it is a job where not least sommeliers are important in spreading the message. After the pandemic, we can now finally travel again and organize events around the world where we can showcase our wines," he says.

As for the near future, it is still the work of making world-class quality wine that is the focus of Zenato. As part of that work, the entire winery has now been sustainably certified, which will also be shown on the labels, starting with the next vintage.

"It is a certificate that applies to all parts of the business, everything from how we work in the vineyards and cellars to transport and conditions for the employees," says Alberto.

Zenato Lugana Riserva 2018
Aromatic, full-bodied and elegant with plenty of rich notes of butter and vanilla, along with apple, pear, grapefruit, pineapple and apricot. Long and well-balanced.

Zenato Amarone della Valpolicella Classico 2017
The jewel in Zenato's crown. Majestic, with plenty of finesse and liveliness and concentrated aromas and flavours of raisins, cherries, chocolate and tobacco. 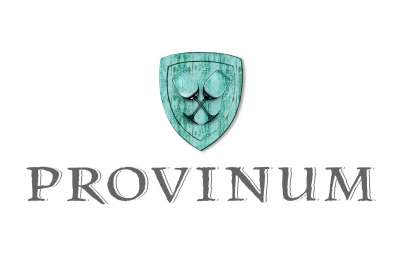