”Rediscovering vintage 2000 twenty years later with additional depth but pristine freshness came as a proof of the ability of our Le Léon vineyard in Aÿ to yield outstanding fruit”, says head of the house, Charles Philipponnat.

The cuvée 1522 was initiated by Charles Philipponnat when he took over the presidency of his familial house in 2000. The common feature of the 1522 releases is the base of Grand Cru Pinot Noir grown in the historic lieu-dit Le Léon in Aÿ. This is where Charles’s ancestor Apvril le Philipponnat owned vines already in 1522, almost 500 years ago.

“My father, who had been cellar-master for a very prestigious house, always told me ’to make a great Champagne you need : Grand Cru Pinot Noir from Aÿ, a bit of Grand Cru Pinot Noir from Verzenay and, to round it off, great Chardonnay from Le Mesnil-sur-Oger’. The Clos des Goisses being a single-vineyard cuvée, we also wanted to have a more traditional approach of a prestige Champagne cuvée centred around the secular art of blending wines from various Crus. With the Le Léon plot in Aÿ we already had one third of the cuvée,” says Charles Philipponnat.

Today, the cuvée 1522 is one of the most sough-after wines of the domain, together with Clos de Goisses, famous for its steep slopes and optimal sun exposure.

”Making 1522 a staple feature in Philipponnat’s range was the right choice: I’d happily drink all 300 bottles myself if given enough time!” says Charles Philipponnat.

”The 1522 cuvées always show these spicy, peppery notes so typical of the Aÿ terroir. No matter which one of these three cuvées you taste, this common background stands out and tones with intense aromas of stewed fruits”.

1522 Grand Cru « L.V. » 2000: ”The original vintage aged for 20 years on the lees in the XVIIIth century cellars of the house. It offers all the complexity and freshness you would expect from a serious back vintage only-recently disgorged.”
60% Pinot Noir and 40 % Chardonnay.
Extra-Brut dosage of 4.25g/L
Production: 300 bottles.
Disgorged: March 2021
RSP: £130 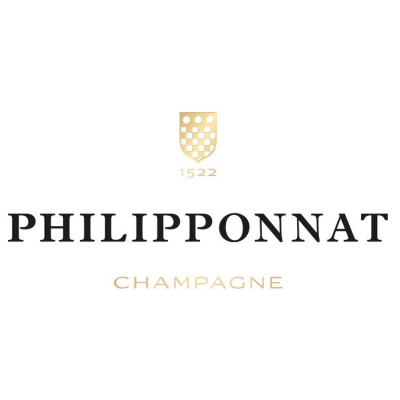 Read more about Philipponnat by clicking the logo!